I once experienced a freak Saharan heatwave with highs over 40° C while studying in Madrid. It was a dry heat, though, and very different from one recent 103° F July afternoon in south Georgia. I bounced to a thrift store in search of some well-worn (breathable) medical scrubs and that’s when I saw it: the plain, charred olive A-line mini. It struck me as the ultimate heatbuster and looked so sensible and professional that it triggered a brief flashback to my days in the corporate offices of a large regional bank and I wondered, as progressive as the bank was, if I would have been permitted to elect its female dress code. On second thought, I have no desire to cross-dress, but shouldn’t gender equality give men the option to wear skirts just as it gave women the option to wear pants many decades ago? As counterintuitive as it might be, I suspect the bank would have been much more cerebral than most universities in contemplating such questions. This being a summer break, I decided to test the waters and having donned various skirts for three weeks now, I reflect upon deeply disconcerting truths. END_OF_DOCUMENT_TOKEN_TO_BE_REPLACED 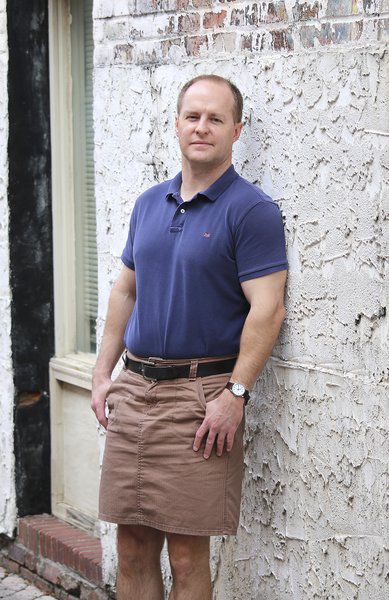 Why I wear skirts has everything to do with equality. It started one roastingly hot July day in 2016 and I haven’t looked back since. Sure, I see the curiosity in others’ eyes and on their faces, but it surprises me how few people are direct enough to ask about it. This is, after all, the deep south far from international megatropolises like Miami, Los Angeles, and New York where cultural anomalies might be more commonplace. Perhaps southerners just want to avoid the appearance of rudeness. Even so, a few days ago a local librarian lamented that I had not blogged my experience and this led me to think that just maybe the public at large might be interested in my personal reasons and my social message. END_OF_DOCUMENT_TOKEN_TO_BE_REPLACED 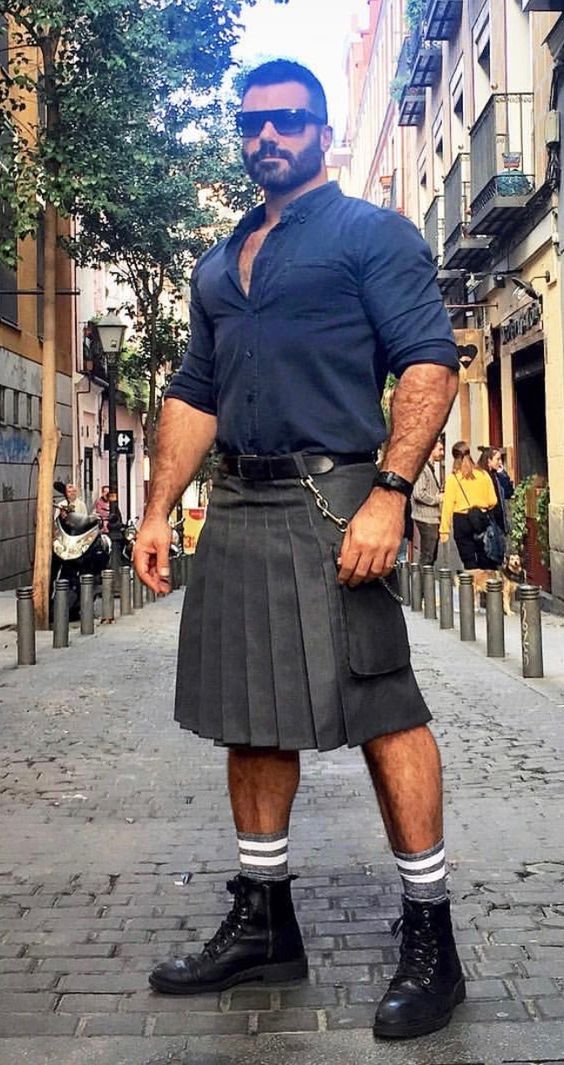 Call it a skirt, call it a kilt, call it whatever you want, but I dare someone to call this anything less than masculine!

Words do not adequately describe a skirted man’s enhanced comfort in the sweltering summer months. While comfort is an enormous justification for donning a work-appropriate skirt, comfort is neither the sole benefit nor the sole justification, as I have pointed out in “Why I Wear Skirts” and other posts about men and skirts. Skirts need not be frilly, froufrou, or feminine, and skirts can indeed be very masculine if a person first understands the basic design characteristics and uses this knowledge to make some sensible selections. END_OF_DOCUMENT_TOKEN_TO_BE_REPLACED

Instances of men wearing skirts in non-traditional regions is nothing new, but now the world is starting to take notice. END_OF_DOCUMENT_TOKEN_TO_BE_REPLACED

In the not all to distant past, men wore unbifurcated garments and while few would want to dress like Henry Frederick, Prince of Wales, it is not a novel concept that men should not be confined to trousers. Little by little, journalists, sociologists, and artists are looking into the history of skirted men and sharing their findings:

Right now I’m on a train headed to Toronto, writes Travis Martin, and I will be on another train coming back, late tomorrow evening. I’ll be participating in a photoshoot at Ryerson University as part of a research project on men’s fashion. The focus of the study is men of my generation who are using fashion to express themselves, and changing what “masculinity” means in the process. I am expressing myself right now, with my fashion. It feels awesome, empowering, and….   Continue reading How (and why) to Wear a Skirt (as a man)

In the not too distant past, European aristocratic males wore both skirt-like garments as well as high heels. (In fact, women adopted high heels from European men and made them daintily and femininely narrower.) Over time, though, the European and American industrial revolutions made bifurcated pants and flat shoes more utilitarian for daily life. Women, however, who were relegated to lives of domesticity continued with the less practical fashion. But there has always been a double standard END_OF_DOCUMENT_TOKEN_TO_BE_REPLACED

I was just recalling an incident from several months ago at a local club (this event was still a few months before the time a female police reached under my skirt at this same club). I rocking an awesome 15″ Gap or Ralph Lauren chino skirt. I found myself speaking with a group of three or four females when one of them rather abruptly asks me, “what do you have on under your skirt?” END_OF_DOCUMENT_TOKEN_TO_BE_REPLACED

Wow, check out the replies and comments!

Want to stay up-to-date with future posts? Take advantage of the RSS feed or subscribe to email notifications of future posts.