Scripture speaks of a time when the government “causeth all, both small and great, rich and poor, free and bond, to receive a mark in their right hand, or in their foreheads. And that no man might buy or sell, save he that had the mark.” (Rev 13:16-17 KJV). I have been vocal about the threat that corona-hysteria government overreach poses to religious liberty, but I now also see a grave eschatological danger.

America has lost its mind over coronavirus. Governments force citizens to accept a doctrine of fear as a means of exerting control over the population. As Gavin de Becker pointed out in his 1997 book The Gift of Fear, a threat of harm is the weakest method of gaining compliance from another person. A threat of harm is actually an implicit admission of weakness and succeeds only when the opposing party voluntarily surrenders a stronger position for fear of improbable harm. On any given day, if one man demands another man’s wallet, the second man will simply refuse. If the first man threatens harm, the second man is more likely to comply. In reality, though, the key elements of power remain unchanged. The first has no power to demand the other’s wallet and the other owes no duty to abandon his wallet. The only material difference is that the would-be victim is more compliant because of the fear that results from perceived danger. However, logic dictates that the first man does not actually wish to harm the second man; if his desire were to inflict harm, he would simply do so and then take the wallet without any dialogue. In the moment, however, the second man’s emotional response (fear) causes him to forsake logic, to renounce his power, and to comply.

The threat of harm reveals that the would-be robber actually understands himself as powerless over the would-be victim. He therefore uses the victim’s emotions to disrupt the perception of power. It is very unlikely that the first will harm the second absent additional provocation. In other words, the would-be robber is more likely to harm the would-be victim only if the victim provokes an emotional response within the robber that overrides the robber’s rational self. When strong-arm robbery is crisis-driven—drugs to stop withdrawal, food to feed the family, fuel for a vehicle—the perpetrator accepts the measured risk of a less-likely consequence over an alternative detriment and certain consequence (i.e. he might get arrested if he steals, but he will lose his dwelling if he does not pay his rent). If caught, the perpetrator might go to jail for a short time but he will have lost his home either way and incarceration might be preferable to homelessness. Such perpetrator is unwilling to accept the increased likelihood of apprehension should he commit murder. This perpetrator is being very rational and hopes that the victim’s irrational emotion (fear) will suppress the victim’s rational cognition. However, the perpetrator’s rational mindset can be overcome by anger or fury so the victim must be mindful that his response not provoke emotion within the robber. As an evolutionary trait, fear is a useful emotion because it potentiates survival (flee danger, acquiesce power, etc). Yet as evolved beings, fear can be a greater asset when we respond to fear with a rational examination of the issues.

Perhaps the most unexpected wrinkle of coronahysteria is that by proclaiming a doctrine of terror and fear—fear that shakes people to their core, fear that makes people afraid to leave home—the government has used this fear to induce private businesses and shopkeepers to prohibit commerce except upon condition of masking. This mask obsession is the government’s indirect imposition of a compliance indicator—an indicator of fear, an indicator of surrender. The government spread so much fear and terror—in no small part fueled by the media—that people are afraid to patronize businesses that do not propagate the same fear. Then in order to substitute calm for fear, merchants responded by imposing compliance requirements to encourage patronage. In this way, masks became membership cards for accessing the marketplace (shopping), for accessing public transit (airlines), and for accessing leisure (sports).

“Face coverings” are, at best, orifice barriers. They filter spittle and prevent the wearers from touching their faces with unsanitary fingers. These face diapers are not contagion-prevention measures but rather fear-propagation devices. As Greg Locke puts it, they are “compliance devices.” These fear-borne, government-prescribed compliance contrivances have become signals of membership and subscription to the acknowledgement and exaltation of government doctrine above faith and reason.

I always assumed that it would be the government which imposed the “mark [. . .] that no man might buy or sell, save he that had the mark.” Now I think it as probable that society will be the culprit. This facemasking nonsense is a nonverbal pledge of allegiance to a collective belief that humanity can save itself through unity and oneness of purpose. Merchants already close their doors to those who refuse to pledge allegiance to fear with the sign of the mask. The posture adopted by the marketplace is not far removed from a de facto communist or socialist state which accedes, assents, and accepts that its government is beneficent, protectionist, and parental.  Yet the end-of-days mark which is imposed upon all persons “small and great, rich and poor, free and bond” still describes a stratified society which is unified through reciprocal allegiance and compliance indicated by voluntarily receiving some nonverbal sign of submission. The mark could be a tattoo (common to humans). The mark could also be a subdermal rfid transponder (as with pets). The mark could be both so that government actors and private merchants will know that the implant exists and the location to scan.

This mark will be a pledge of allegiance and sign of submission to an authority other then God himself. Rather than a simple requirement of citizenship, it could be condition of membership in a social organization—a group that supports the same supreme leader and agrees that s/he possesses greater control than God,  greater wisdom than Christ, and greater power than Faith. It is an inverse communism where society (rather than government) compels the subscription to specific ideals. What choice would individuals have if the behemoth Amazon and Walmart suddenly required membership to shop at their stores? America will no longer be government by the elected, but by shadow forces apart from the government. There will no longer be a society governed by laws enacted by elected officials, but a society which imposes its own extra-governmental compliance and governance apart from law. Society will act as a criminal syndicate that gains compliance through economic extortion. it will not be a government that operates on behalf of the people or as a proxy for the people but it will be the people who endeavor to control every other person.

It never seemed logical that the entire world would evolve a unified government. Many conspiracy theorists have long pointed to the United Nations as the harbinger of the one-world state. The thing is, establishment regimes (i.e. Republicans and Democrats, liberals conservatives) all fundamentally propagate authoritarian regimes. As Jeff Miron of Harvard University observes, “liberal” and “conservative” politicians and parties “are at some level the same— they are authoritarians; they both have views on the right way for people to run their lives and they want to impose that on people.” It is no great revelation that politicians and parties have overt agenda, but in all the history of politics it is presumptively laughable that any politician or party would voluntarily surrender its political power. Human nature does not change; those with power hold tightly to that power. Contrary to Miron’s eloquent words, however, even libertarians aim to control power by removing it from other parties and redistributing it to local governments and local voters. In short, it is inconceivable that political leaders should one day renounce their control. So if not the government, who creates worldwide governance but the people themselves.

If there is anything to be taken from the present corona environment it is this: The “mark of the beast” must not be narrowly construed as a government mandate; it may just as easily be a social mechanism of anti-theist control (or even of affirmative neo-pagan control).

The mask is an unwitting experiment and experience of the “the mark.” 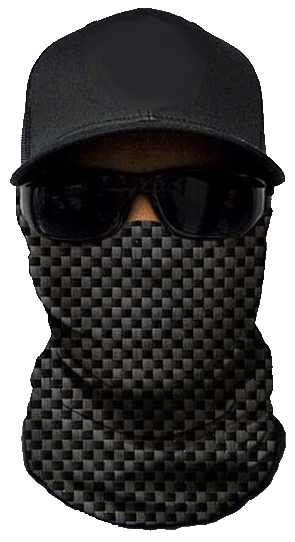