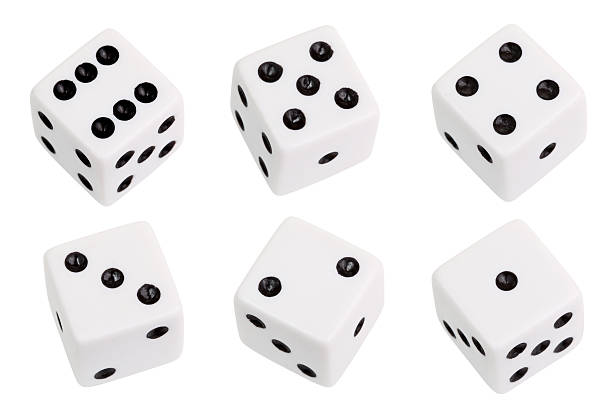 Albert Einstein famously said (and Stephen Hawking famously repeated) that “God does not play dice with the universe,” but perhaps dice are marvelous illustrations for understanding the trinity.

Dice (die in the singular) have six faces. Each face has unique properties (i.e. the number of dots, the configuration of said dots). Every face is completely unique, no face can exist apart from the other faces, and beholding one face neither diminishes nor suppresses the other faces. Though we may observe transitions between faces (i.e. as they roll), only one face exerts controlling operation within a discrete set of parameters (i.e. only one face renders a value based on directionality). In other words, one may observe which face is revealed but the observer knows that the other faces still exist.

Perhaps it is the same with the trinity—Father, Son, and Holy Spirit. They are all the same entity but exhibit unique properties. No one part of the Trinity is the same as another, but no one part exists without the others. They are all one God, but reveal different properties of God in operation. And like a single die whose dots total twenty-one no matter which way it lands, so too God is always three no matter which manifestation we behold.